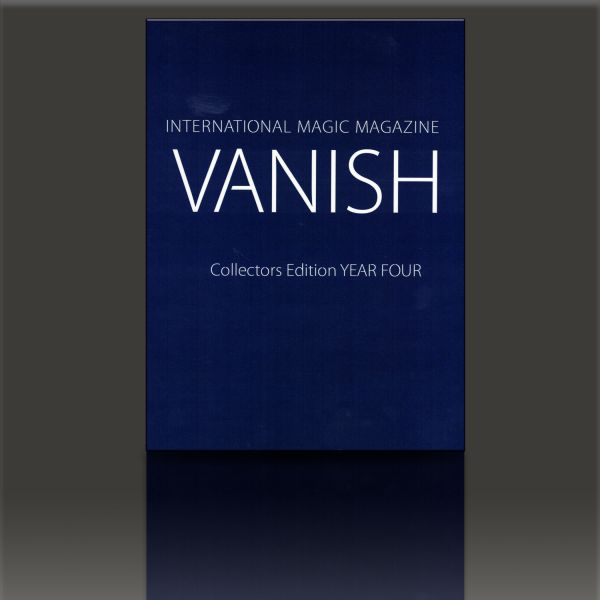 174 pages with photos and illustrations.

The editor of VANISH MAGIC MAGAZINE, Paul Romhany, went through and selected his favorite picks from the second year of VANISH and has released them all in a beautiful hard cover book, the COLLECTORS EDITION YEAR THREE.

Every type of magic can be found in these pages from platform, mentalism, kids, stage, and close-up. There are THIRTY-SIX routines all with photos and illustrations. The essays selected range from topics such as choosing the right illusions, getting the right promo photo, trade-show magic tips, being a corporate MC and more.

LIMITED TO ONLY 500 COPIES - once sold, NO more will be printed.