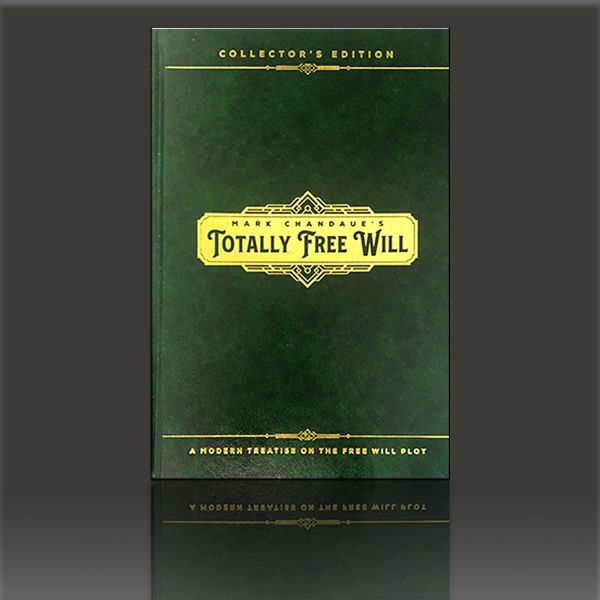 Totally Free Will by Mark Chandaue

Beschreibung Bewertungen 0
Beschreibung
In 2004 Deddy Corbuzier released his original Free Will routine and it has since become known... mehr
Menü schließen

In 2004 Deddy Corbuzier released his original Free Will routine and it has since become known as a classic of modern mentalism. Mark Chandaue has spent around 10 years developing, refining and exploring new methods and approaches to this famous effect. Some of this thinking has been shared with a handful of close friends and collaborators and included in lectures. However, until now, he has resisted calls to release his complete work on this plot and held back most of those versions for his own exclusive use. Now for the first time you can learn his full work on the 'Free Will' plot from this acknowledged expert.Through his previous releases Harpacrown and Ophiuchus, as well as his face to face lectures, Mark has become known for practical material that has been fully audience tested. With 40 years working in magic and mentalism, Mark's name has become synonymous with high quality, workable material.Totally Free Will is a deluxe 176 page beautifully bound Collectors edition that has been fully illustrated by Phill Smith and beautifully produced by Haresign Press. With a foreword by Deddy Corbuzier himself and contributions from Mick Wilson, Steve Drury, Stephen Young, Drew Backenstoss, Mark Elsdon, Michael Murray and Patrick Redford.Inside these pages are 15 approaches to the 'Free Will' premise. The routines cover a variety of different presentations and methods that all build on the original 'Free Will' concept but often lead to versions that feel like completely new effects. Included are presentations based on graphology readings, voice reading, influence, predictions and games of Rock, Paper, Scissors! There is even a version that can be performed over the phone. In the title effect every choice is completely free, the prediction is completely unambiguous, and the participant holds the top of the prediction before any choices are made and never lets go - yet still it is shown to be correct!Also included is a full description of Mark's Chandauelope, a utility device utilised by many well known mentalists including on T.V. This devious envelope was first described in Harpacrown and now is expanded to allow for up to six outs.Totally Free Will really is the most comprehensive work on the 'Free Will' plot to date.